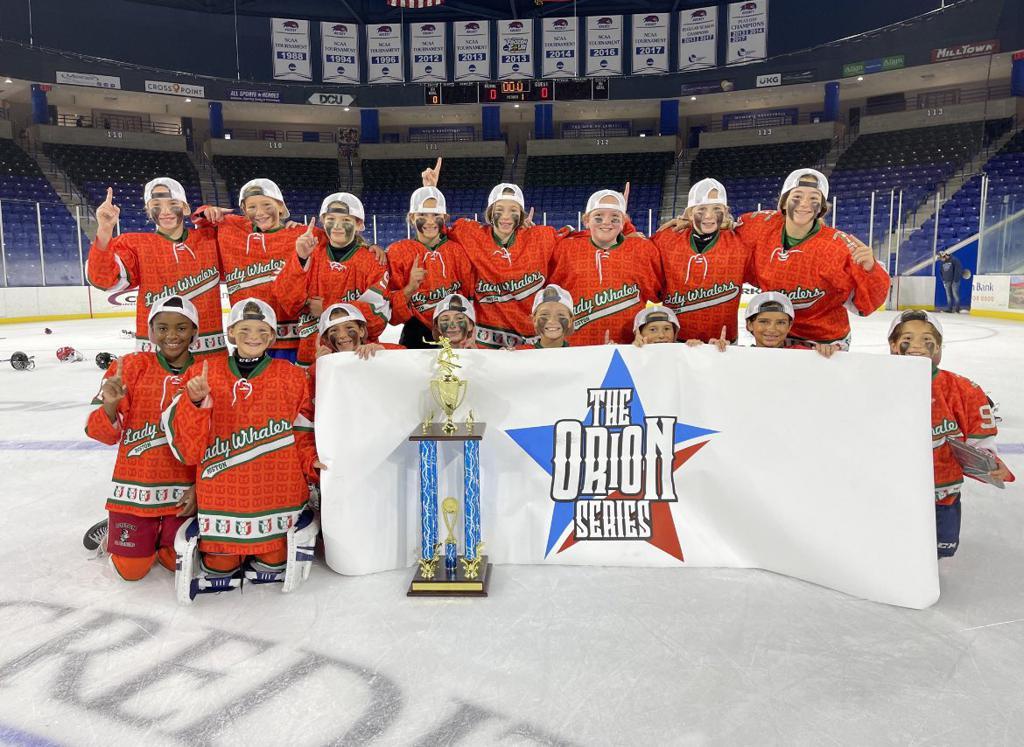 Lowell, MA - The Boston Lady Whalers Elite Hockey Club is proud to share that both our 2010 & 2011 National Elite teams swept the inaugural ORION Series Young Stars Showcase – played at Tsongas Center @ UMass Lowell at the end of this past August.

The BLW 2010 National Elite Team played the weekend out as a clean sweep.  And albeit the 2011’s lost a Round Robing Game, they still emerged as champions at the end of the weekend.

The remaining Round Robin games on Friday and Saturday resulted in the 2010’s steering past Team North America 2-0 in Game 2, and then a  combination of Kelsey MacPhearson & Avery Dini for the 10’ to scoot past Team Minnesota 2-1 in a shootout!  MacPhearson cored the lone regulation foal for the 2010’s, and Team Minnesota knotted it up with 1:30 left to make the score 1-1.  Overtime couldn’t determine a victor, and after 6 consecutive saves by Dini, it was MacPhearson who tucked the winning goal in. Giving the 2010’s a 3-0 record and earning the #1 Seed.

The semi-finals and championship games for the 2010’s had the same final score; both 7-1 in favor of our Boston Lady Whalers. In the semi’s, it was Gianna Stavola and Cassidy Dailey who led the way with 2 goal and an assist a piece, and Avery Dini did her job closing the pipes in net.

In the Championship Game, a rematch against Team North America whom the 2010’s barely skidded past in Round Robin, with a 2-0 win – ended up being a 7-1 final score. “The girls had their eye black on, they were fired up in the locker room, and I felt it walking out on to the ice that we were going to dominate this game”, said Head Coach Michaela Boyle.

Almost every player factored into the score sheet in the final game, but Ava Souza, Gianna Stovola and Maddie Perkins led the way with 2 points each, and Ava Souza finished 3rd overall in the 2010 Division with 8 points! Congrats the 2010's on another Championship! 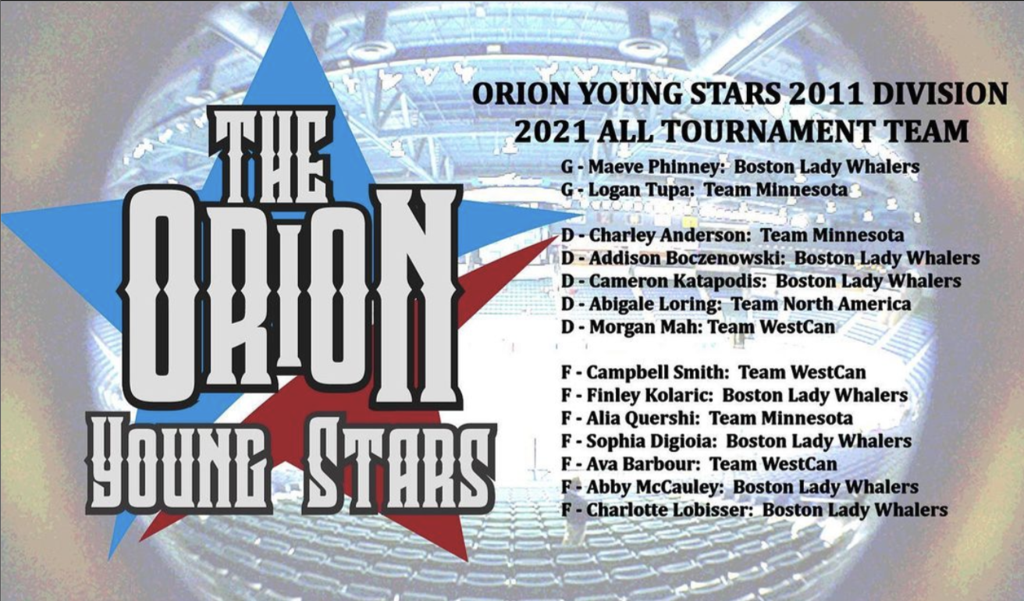 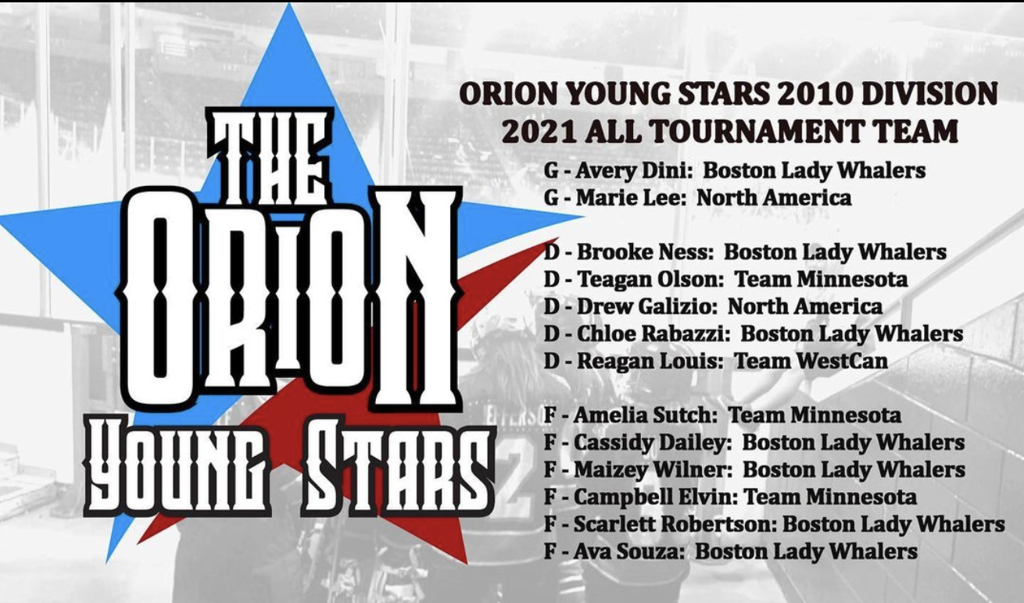 The 2011 Team had an up & down style weekend, luckily coming out on top once the dust cleared.  After defeating Team WestCan 12-3 in the opener on Thursday evening, paced by by 4 goal from Sophia DiGoia, and a 2-1-3 point line by Kacie O’Connell, the girl cruised to the top of the standings and never looked back.

Three twenty-minute periods wasn’t enough to determine the winner in the 2011’s second game versus Team North America, and desite a pair of goals from Sophia DiGioia, the overtime period remained knotted at 2-2.  The 11’s wore the sole loss of the weekend, falling in overtime to Team North America 3-2 in a shootout.

After that wake-up call, the 2011’s were determined to take the trophy home, defeating Team Minnesota 10-1 in the final game of Round Robin; Kacie O’Connell led the way with a 2-2-4 stat line, followed by Hannah Hewins with a beautiful goal and three assists on top of that, and Maeve Phinney was a brick wall between the pipes.

The final game had the Lady Whalers’ fanbase skipping a few heartbeats.  In the first period, it was Addy Boczenowski who lit the lamp on a beautiful D to D pass from Cami Katapodis. Finley Kolaric added a second goal before the end of the first period, heading to the locker room with a 2-0 lead. The second period resulted in only a Team Minnesota goal, o the 11’s headed into the third with a one-goal lead.  Halfway through the third, it was Lola Morton who iced it with the clincher, as the BLW 2011’s skidded past Team Minnesota 3-1 to sweep both diviions!

A special thank you to our coaches – Dana Trivigno, Andie Anastos, Haley Skarupa, Michaela Boyle, and Kayla Friesen for their guidance and leadership over the course of the weekend. Our two teams were lucky enough to share the UMass-Lowell men’s locker room at Tsongas Arena all weekend, and everyone walked away with a bright smile!  Congrats to all of our players!