Boston, MA-   The Boston Lady Whalers program is humbled to announce that U.S. Olympic Gold Medalists, Lee Stecklein and Dani Cameranesi, have been added to our coaching staff effective immediately, and will be joining our teams at the North American Female Elite Showcase (ORION Series event) later this week in Blaine, Minnesota. 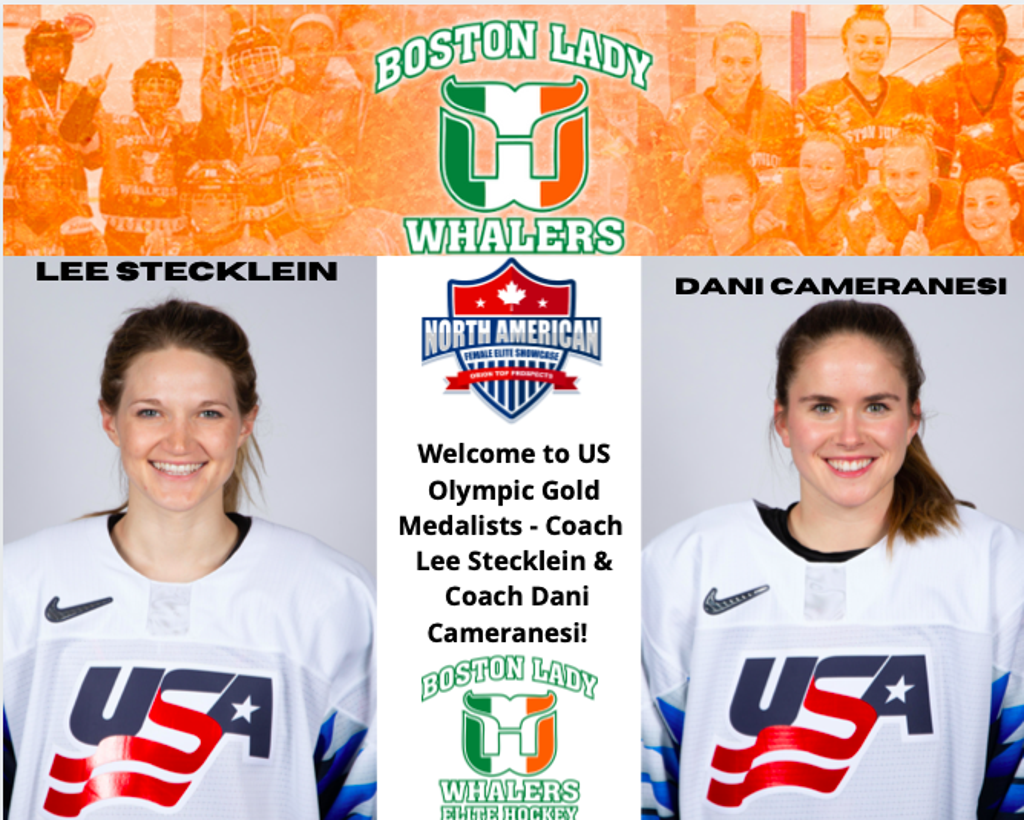 “Earlier this month, we were eager to share with our players and families that Hannah Brandt would be joining our staff.  With the addition of both Lee Stecklein and Dani Cameranesi to our staff this week, we feel strongly that this is another monumental step in the direction that we have envisioned our program heading towards.  We are very excited for our Boston Lady Whalers players to learn from some of the most talented and intelligent players that I have ever played with.  When Mike and I sat down years ago and mapped out our goals, intentions, and mission statement for the Boston Lady Whalers program, we agreed that it was imperative that everything revolve around providing our players with direct access to the mentors living out the dreams that our girls are chasing after.  I'm very grateful for Hannah, Lee, and Dani's desire to become involved in our program, and help mold the next generation women's hockey players," said Boston Lady Whalers Director, Dana Trivigno.

"For our players to be granted the opportunity to learn under the tutelage of three of the most accomplished hockey players on the planet in Hannah Brandt, Dani Cameranesi, and Lee Stecklein, is surreal. We've been fortunate to have coaches such as Haley Skarupa (who has been with us since the inception of our Lady Whalers program 7 years ago), Megan Keller (who also has an Olympic Gold Medal), Andie Anastos, Alyssa Gagliardi, Makenna Newkirk - the list goes on; and this group of exemplary women is both unprecedented and unrivaled.  It truly is a privilege to witness the pairing & bond between the women who are trailblazing the future of female hockey today, and our players who will reap the benefits of their coaches' sacrifices tomorrow as they follow the yellow brick road currently being sculpted for them.  Dana and I could not be more appreciative with how much we value our staff's willingness to be a part of our players' careers moving forward," said  Mike Cusack

To Learn more about Coach Lee & Coach Dani, and their countless accomplishments, please see the bullet points below: