Exeter, NH -  After what has been a wild and unpredictable first few months of the spring/summer season, the Boston Lady Whalers hit the ice for the first time two weeks ago -- opening up with our annual BLW Training Camp.  The training camp was led on the ice this year by U.S. Olympic Gold Medalist, Megan Keller, along with Lady Whalers GM Dana Trivigno, and coaches ToniAnn Miano & Brittany Ott.  That weekend marked the first time that our girls would hit the ice together in 2020 as a result of the COVID-19 pandemic, in preparation of the 2020 tournament season set to begin the following weekend with the Beantown Classic which was re-routed to New Hampshire.

The Lady Whalers surely had some rust to shake off, as games got underway on Thursday afternoon where the 2008 Elites came out flat and fell to a strong Team Inspire group by a score of 3-0.  On Friday, still having yet to find their rhythm, the '08 Elites dropped a second consecutive contest, this time at the mercy of the Minnesota Jr. Whitecaps.  Beginning the tournament with a record of 0-2 was a challenge that this group had never faced before, and certainly the girls knew that the uphill battle they had in front of them would be a difficult one -- but they were ready to tackle it head on.

After a slow start to their third contest of the weekend on Saturday morning, something clicked, and the BLW 08's found their groove in a 6-2 defeat of the East Coast Militia.  On Saturday afternoon, the girls were faced with another new ultimatum to which they were unfamiliar - win and move on to the playoff round, or spend Sunday at home.  This group of girls has experienced an extraordinary amount of success over the past two spring/summer seasons, and playing the role of underdog was not something that they were used to.  Nonetheless, the girls dug deep and powered past a strong Wade Warriors group by a score of 7-2, and punched their ticket on to playoff Sunday.

Despite having what was undoubtedly the most difficult draw of the division opponent-wise, the girls were clicking on all cylinders and ready for a rematch to seek vengeance against Team Inspire in the semi-finals.   An early goal put the girls ahead, a 1-0 lead that they held for most of the contest, before a penalty shot was called against them with 8:30 to go in the final frame.  Team Inspire's penalty shot was successful and the game was knotted at one goal apiece.  From there, the girls decided that they were hungry for a chance at the title, and dug deep to bury 4 goals in the final 8 minutes of play, resulting in a well-earned 5-1 win in the semi-final round.

After learning that the top-seeded Minnesota Jr Whitecaps were upset in the other semi-final contest, the team was set to square off with the Wade Warriors in a battle to be crowned Beantown Classic champions.  There was no need for time to get adjusted in this contest, as the Lady Whalers '08 Elites came out flying and scored two goals over the course of the same shift early in the game, and never looked back from there.  The girls defeated the Wade Warriors by a final score of 5-0, and took home the hardware as 2020 Beantown Classic champions in their first weekend of action! 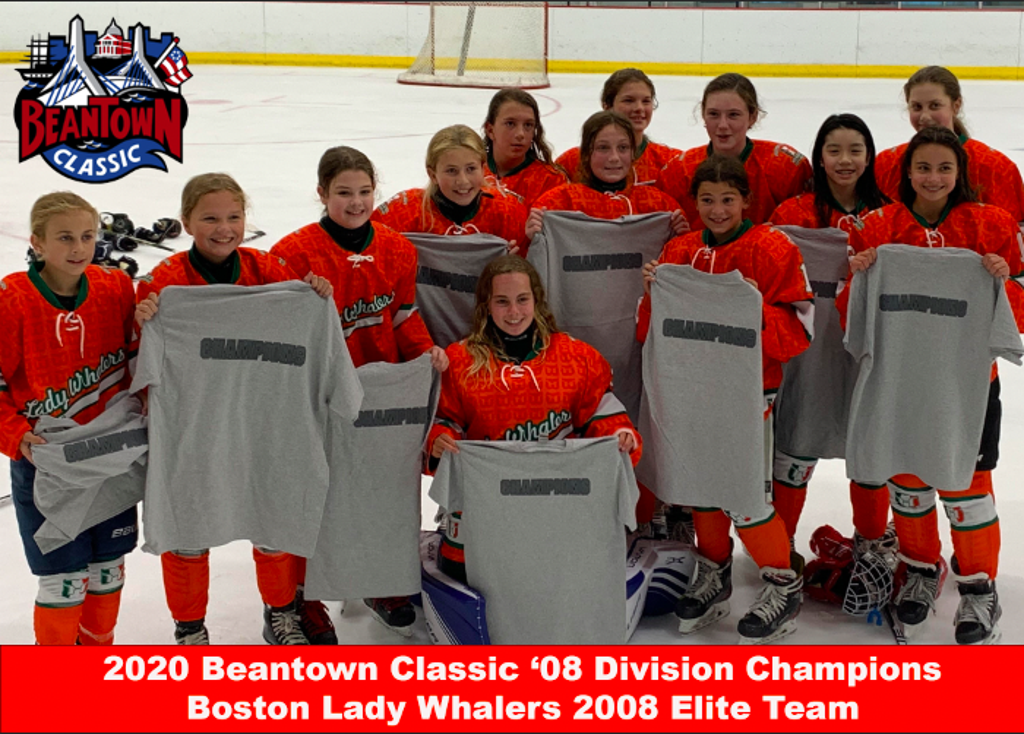 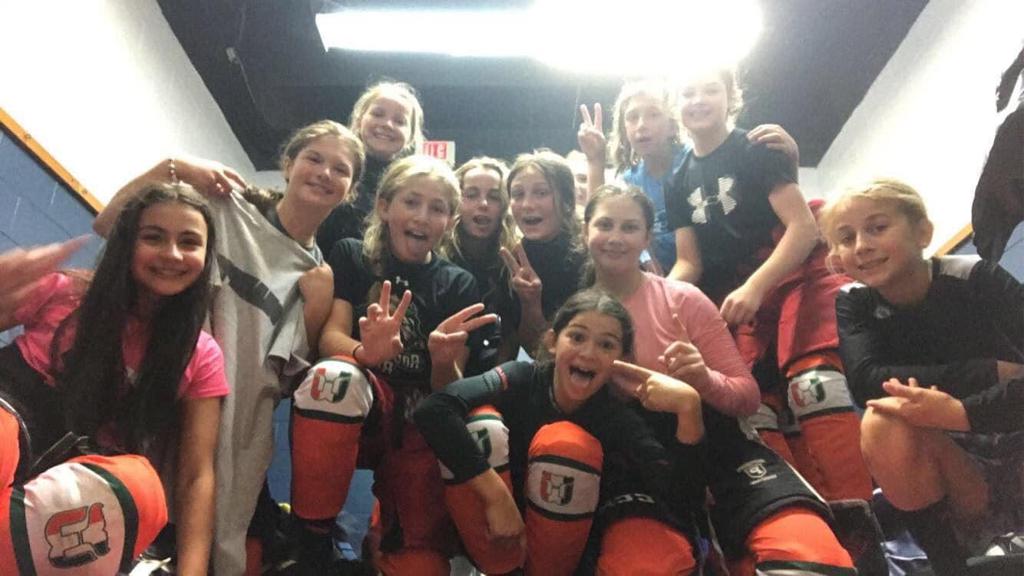